There is so much to write about right now. One subject rests heavy on my heart.

California was one of the best experiences of my life. I seriously had life changing moments and realizations that can and will never be replaced or forgotten. I feel like a different person from living there for only a year. I met some of the best people in the world and miss them dearly. The biggest thing I learned, was to live free.  To live free from worries, fears, the future, everything. I did what made Morgan happy and no one else. So many times in my life I felt I had to impress others or live to someone else's standards. Honestly, I let that shit go.  I started to come to understand what I liked to do. It was so nice to just live in the moment.  If I wanted to do something, I did.  There is something so liberating about that. I would highly recommend it. Which brings me to the next lesson there. Be a good person. Living free cannot trump this one. You have to be a good person.  I feel like I have always tried to be a good person, but this time it went deeper than that. This new view took on responsibility. Got to pay my rent on time, so be a good person and don't spend what you don't have. Living within my means was me being a good person so I could be dependable to other people.  Being a good person was paying my child support and getting caught up on it.  Being a good person was learning not to be sexist, racist, or ignorant. Being a good person was listening to people and not forming snap judgments.  So much goes into Being a good person. Ask away if you have questions.


Ill miss swimming at the Evening Resort with my best friends every weekend . Ill miss slamming a cold one back and watching the California sun sink into the horizon, behind the massive palm trees. Ill miss stargazing at night and learning of the cosmos. Ill never forget the first time I saw Jupiter and her moons through our backyard telescope. I distinctly remember how small and insignificant that made me feel.  Ill miss going to Napa and enjoying a dark red. Ill miss driving over massive bridges that are inspiring from a distance.  Ill miss floating the river in Sacramento and enjoying the funniest company. Ill miss just lounging on couches and watching TV shows and movies with my family there.

My friends, I will greatly miss California. 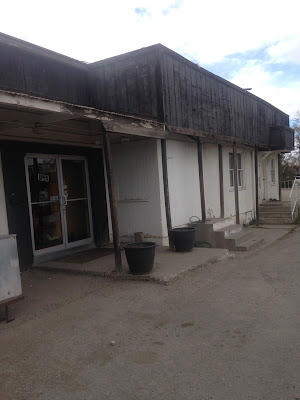 I'm in the hotel room waiting . Its gloomy and dank smelling. Stale air fills my nostrils and I get butterflies. I know what I'm about to do and know its wrong. Ive done it dozens of times before though. I was ready, pacing back and forth.

The hotel had a single, queen sized worn bed with a dark navy blanket on top. A side table and an old green lamp was in the corner. It was the only source of light. Because it was in the corner, my movements cast shadows on the walls as I paced back and forth. 1:45 flashed on the 1980's desk clock.

It always came down to this. Me not being able to stand my "normal" life. My regular 9-5, Monday through Friday, shitty desk job. Life was a joke. Fucking pointless. Here I was, 35 years old and clinically depressed. My wife left me 4 years ago because she found someone else. Someone else to give her what she wanted. She took the kids also. I kept the house and our joke of a car sedan. The house was almost entirely empty now and I couldn't stomach being there for long periods of time. The emptiness consumed me and it would choke the hell outta me.  I would go to work, go to the bar, then finally come home and pass out, shower in the morning, and go back to work. Repeat. My life was on a loop of repeat and I couldn't  snap out of it.

About a year ago, my ex gained sole custody of the kids. Obviously that didn't stop her taking all my money, monthly.  They say its for the kids. Yeah, right.

That's when I guessed I lost it.  I had been trying to cope with my stress and overwhelming amount of pain in all the typical ways. Booze and women seemed to soften the pain, but never took all the anxiety away.  So that's when I met up with Dave .  Dave was single handedly the most sketchy mother fucker I knew. He was a friend of a friend I suppose. Long black hair would be slicked back and the pedo-looking beard was always  scruffy on his tattered face. He would always wear an over-sized, tan jacket that needed to be thrown away tten years ago. This guy was always jittery and the way he moved always seemed so unnatural. His thin frame meandered his way through life almost cat like, definitely not human.  The fucker smelled of tobacco, armpit sweat and mints. He was always chewing on mints. Most likely to cover up the smell of whatever the hell he had been up to. Maybe he had a nervous habit of going through two tin cans of mints a night. He was a wild one and I always had my guard up around him.

He was supposed to meet me and hour ago at this run down room. We had been meeting here the last two times and I knew we would change the meeting place next time. We always covered our tracks the best we could.

Sweat was slowly  dripping down my face and I slowly peered out the window into the southern Georgia parking lot. Just then, I saw Dave's Toyota slowly pulling up in front of the room. I let the window curtain go and walked over to the bed to wait for the knock.

The door barely made a noise and I wondered why he tapped so soft.

I opened the door and let my guest in. It was the usual. We didn't even say anything, just met each others eyes and I let the man go to work. He pulled up a chair to the tiny wooden table and began the ritual. He took out a small rectangle, wooden box and placed it in front of him. I walked over the bed and and sat down. Dave unzipped his jacket and opened the box. I didn't look over there but could hear him arranging the contents of the box.

My mind raced and I thought of Shelly. She really would be so disapointed. All I was now was a god damn failure. And what would my girls think? Their asshole father who lost it at 35.  I pushed the thoughts out of my head and knew I could relax soon. Everything would be alright in just a moment.

"Alright man, You ready?" Asked the voice at the table.

I immediately stood up and walked over. Wiping the sweat from my brow, I looked down at the table to see my fate. I looked back at my dealer and thought,  Shit , those are huge. He just had a stupid look on his face like he was mentally preparing himself as well.

You can never predict what will happen when you snort heroin. Mostly because I never know what Dave cuts it with or what some other bastard mixed into it. I really didn't care though. It was there and so was I and it was time to feel alive.

I leaned over the white, thick parallel lines, and took a deep breath of air.

She brushed the hair from her eyes and gave me that devilish grin. The kinda smile a woman does when you belong to her. I saw the mountain silhouette behind her as I stared into those fantastic green eyes.
"Are you ready?" She prodded with the same smile.
I took in a long breathe of air.
"Ready as I'll ever be." I responded.
That was a lie. I was scared shitless and was just trying to be agreeable.

A few weeks earlier, my friend  and I had decided to spend a week in the mountain range below mount Blackburn. I say "friend" because we weren't quite official yet. I guess we were seeing each other though. What the hell, who knows?

The mountain range was undeniably beautiful. It was absolutely breathtaking. The long slopes would reflect the spilling sunlight and it would make you feel that you were in a painting.  Near the bottom of the basin, there were towering pines and spruces. It was all about colors. Green trees, orange and red sunsets. The deep blue lakes and the soft baby blue skies. White cotton clouds would drift away and it was absolutely stunning.

Don't let it fool you.

This mountain range claimed two lives this year already. Under its spectacular views and vistas, was jagged rock faces and sheer cliffs. Rock climbers from all over the world would come to the famous Alta Cre rock face. It was a challenging  system for even the most skilled climbers. And more than that, there are caverns, crevices, and cave systems that sprinkle all across the range.  In some parts of the forest, it is so thick that one can lose their way in less than five minuets. The  Mount Blackburn forest is so vast and remote that you would never know if you are in new territory, seeing things for the first time. Every turn and bend might be something new. That's what we were going for. The exploring. The experience.
There is something about that feeling of seeing something for the first time. Feeling that you are claiming that view. No one else can have it. You earned it. You made the sacrifice to take it.

Anyways, she was beautiful. I was glad I was going with her. She was an expert and had been doing solo treks for years.

I met her one morning  grabbing a coffee from a small ma' and pop cafe.  She was intriguing from the moment i laid eyes on her. Tan skin and slender. You could tell she had muscle and was well defined. It was her smile and eyes though. She had a smile that pierced you deep down; the kind that you can feel and not just see. Then those eyes man. I swear to God they are the prettiest things I have ever seen. She has a special shade of green to them that words can't describe.  She was intense but soft.  Captivating. I loved it.

Don't let her fool you.

She is a woman of depth. A rocky past that could be daunting. She's experienced pain and sadness. A streak of anger that can come out during her worst times. Her mind is like a trap and doesn't let anything get past her. She's wild and free. No one can hold her back or keep her down. That's the scary thing, the fact that she doesn't need you. She's been by herself and manages perfectly. All you are is an addendum. Maybe an after thought. She is a woman of passion. She can passionately scold, rebuke or or tell you how it is. But she can fiercely, passionately love you.


Those are the eyes. Just like the mountain. Beautiful but so much more than an inspiring painting. Rough and calloused. Soft and velvet. Full of colors.

She is the mountain.

And I am lucky enough to have the experience.

Will you fly with me?
I have been through a lot. Time has taken a toll on my heart and my perceptions. Writing and photography have helped me cope, decompress, and enjoy the beauty in life.